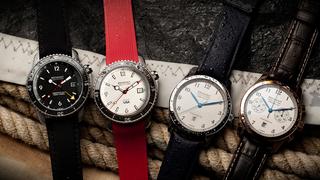 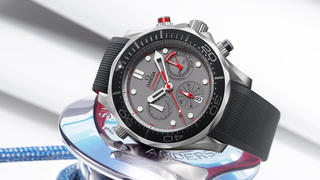 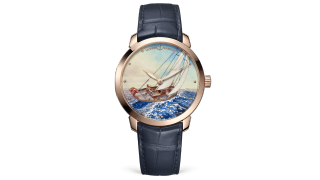 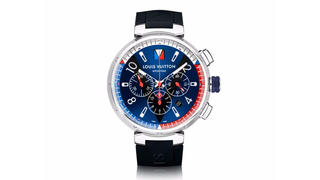 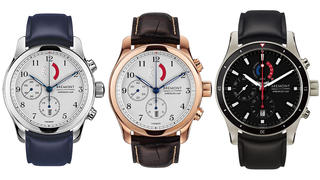 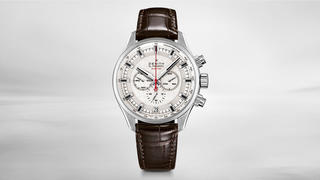 The 36th America’s Cup is scheduled to take place in less than a year. Whether you’ll be watching from your yacht in Auckland, or taking part in the America’s Cup Superyacht Regatta, make sure you you're equipped for the 2021 races with one of the best America’s Cup watches.

Far from a sailing newcomer, Omega has been involved with the America’s Cup since 1995 when then Team New Zealand member Peter Blake became one of Omega's sailing ambassadors. Omega continued its partnership with Emirates Team New Zealand for the previous America’s Cup and created a special version of its classic Seamaster Diver Chronograph to celebrate.

This watch remembers the America's Cup history with an enamel dial that features the image of the America schooner winning the Royal Yacht Squadron's 100 Pound Cup back in 1851. This race marked the moment when the event's name was changed to the America's Cup. The 40mm white and rose gold watch is produced in a limited edition of 30 pieces.

As the principle sponsor of the America’s Cup World Series, Louis Vuitton has not held back on sailing-themed merchandise with a whole range of America’s Cup-inspired clothing, accessories and leather goods currently available. The line also includes the impressive Tambour Navy Chronograph timepiece, which features an eye-catching tricolour palette, as well as small seconds, 30-minute and 12-hour subdials.

Upon becoming the official timing partner of the America’s Cup World Series back in 2015, British fine watch brand Bremont released a number of limited edition timepieces to commemorate the occasion. The AC-R collection follows on from the popular AC I and AC II models and is available in stainless steel, red gold and titanium with each version boasting small seconds, 12-hour counter, date and five minute countdown subdials.

For previous editions, Zenith has been the official partner to Ben Ainslie’s Land Rover BAR sailing team. Specifically, the team are ambassadors of the El Primero model which marks itself out as the ideal sailing watch thanks to its hard-wearing materials and 200 metre water resistance.

For the latest news on watch trends and luxury designer products, get BOAT International sent straight to your door.